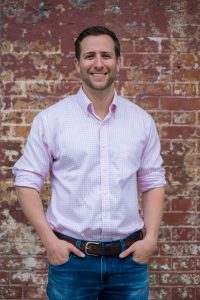 Chandler Nutik is the founding Executive Director of Community Works and has served in that position since 2009. Chandler has helped secure federal, state, and foundation grants that benefit young people in Community Works programs throughout New Orleans. He has successfully built numerous mutually beneficial partnerships and works tirelessly on  creating new project and programmatic opportunities for youth. Academically, Chandler has received a JD from Tulane Law School and an MBA from the Freeman School of Business. In addition, he is licensed to practice law in the state of New York. Chandler has served as Co-Chair on the Advisory Board for Emerging Philanthropists of New Orleans (EPNO) and is a W.K. Kellogg Community Leadership Network fellow. Chandler is passionate about the work that Community Works does and his role in helping to improve the educational landscape in New Orleans. He has helped to change the lives of many youth and continues to advocate for support for afterschool and summer programs in Louisiana.

Director of Education and Outreach 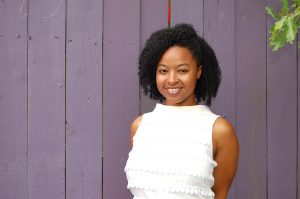 Megan Easely is a practiced educator and community organizer with over 10 years of experience in both formal and informal classroom settings. At the Health Museum in Houston, Texas, Megan taught a wide range of health and science related classes to guests of all ages. She also developed curriculum and public programs for the Health Museum’s education department, targeting the STEAM approach. More recently, she worked as a teacher and Outdoor Education Specialist at the Becker School, a private preschool in Houston. Outside her role as an educator, Megan is also a community organizer focusing her efforts in social and environmental justice. She has volunteered extensively with several community organizations such as Girls Rock Camp Houston.
megan@communityworksla.org 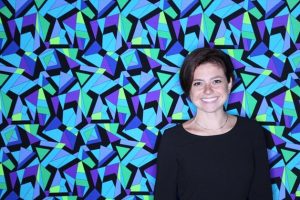 ToniAnn Laborde has been with Community Works for the past 7 years. She works to implement strong programming, develop new partnerships, and increase funding to help impact the lives of youth throughout our city. ToniAnn has helped more then double the number of young people participating in CW programs on a daily basis.  She has secured over $2,000,000.00 in funding and manages all foundation grant support. ToniAnn was chosen as an inaugural Emerging Leader through the Greater New Orleans Foundation and Kresge Foundation in 2014. She graduated from American University in Washington, DC. While at American she gained valuable experience in the non-profit industry working with First Book and The National Kidney Foundation Serving the National Capital Area. She also worked for the AU Abroad office, helping students and parents gauge the international landscape. After finishing school, she returned to her hometown of New Orleans and worked in the marketing department at the Fair Grounds Race Course and Slots. In addition, ToniAnn also teaches ballet locally and currently performs with Ballet Hysell in New Orleans. She is very proud and believes strongly in the work done by Community Works. 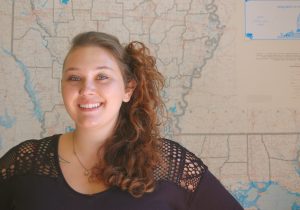 Branna Elenz has been working in the youth development field professionally since graduating with a Sociology and Psychology degree in 2017 – the same year she moved to the beautiful city of New Orleans to work with Community Works. In her time with the organization, she has facilitated workshop series, hired and onboarded staff, visited sites and primarily handles internal and external communications including social media storytelling! She thrives in work where she can highlight her passions around music, art, dance and writing while supporting New Orleans youth and teaching artists. 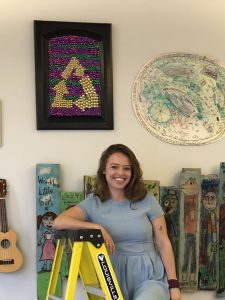 Hannah Ashe is from Cambridge, MA and graduated from Lesley University where she studied Expressive Art Therapy and Human Services. She’s danced for the majority of her life but also enjoys collaging, taking photos, and reading in her free time. She’s taught dance, yoga and interdisciplinary classes in summer camps and after schools growing up, so she is no stranger to the spirit and importance of these programs. Her strong belief in the powers of art making to heal and build community is one reason why she moved to New Orleans, and was attracted to Community Works. She has been building new partnerships, facilitating the CW Advisory Council, and fundraising over $20,000 for Community Works. She is really grateful to be part of this team. 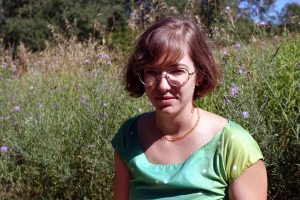 Esther Clowney is a filmmaker and arts educator who has been with Community Works for two years. She grew up in Michigan and attended Vassar College in New York, before moving to New Orleans to escape her reality tv job. She previously worked as a video arts instructor at Adirondack Camp and organized youth photography workshops for the Art Directors Club. In her free time she likes to sew, read, and walk around our beautiful town. She loves to watch students blossom both in front of and behind the camera, and is excited to help CW continue to develop engaging and innovative virtual programs. 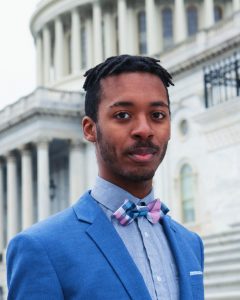 Christopher Henderson-West is a native of Milwaukee, Wisconsin. He had the privilege of having an art-focused public education from elementary to high school taking the opportunity to develop a passion for theatre and playing the violin. Within that same system, he also experienced the inequities within Education policy and realized the vital importance of childhood empowerment. After completing high school, he went on to study Political Communication: Leadership, Politics, and Social Advocacy at Emerson College, in Boston, Massachusetts. At Emerson, he engaged local communities as a student activist and college organizational leader. He was able to learn the power of art as a tool of community and self-empowerment through joining the House/Ballroom community, often associated with the art of voguing. Soon after, he spent a year in Washington D.C., to intern for the National Hispanic Caucus of State Legislators and two U.S. House Representatives. Feeling too far removed from the communities that he aimed to advocate for and wanting more of a direct and tangible impact he experienced working with locally involved nonprofits in Boston, he moved to New Orleans to begin working at Community Works through the Americorp VISTA program.